Most men, I am convinced, have an unmistakable feeling at the final moment of significant choice that they are making a free decision, that they can really decide which one of two or more roads to follow.

As the United States just held its Independence Day celebrations, I'm stuck wondering what real freedom is.  Our country has a horrific history of slavery, genocide, and racism.  No, I don't hate my country, I just don't get caught up in all the national pride.

As a global race of humans, I'd love more individual independence as we consider the ultimate goal of bettering each and every one of us.

Posted by Jesse Ahmann at 1:04 PM No comments:

Renewal requires opening yourself up to new ways of thinking and feeling.

"I'm here to just to heal from my past"

"Be patient with me, I have a lot of past trauma"

"I invite all these opportunities in my life."

Okay great, however, but what constitutes real change, a true sense of renewal.  We love to spout off these pseudo-therapeutic, feel good, motivational chats.

Yes, trauma is real, I don't want to gloss over the real effects of that. Others have unsupported underlying health issues, so I want to be sensitive to the variables.  However, there really is a point when someone's bad behavior is consistently scapegoated by their past.

My encouragement to people is to stop letting their past dictate their constant emotional roller-coasters.  If we are truly trying to renew ourselves, we need to look ahead, not flounder in past transgressions.  Our lives are beautiful and short. :)

Maybe renewal is about a "reset."  Acknowledging our past, but moving forward.

Posted by Jesse Ahmann at 10:23 AM No comments: 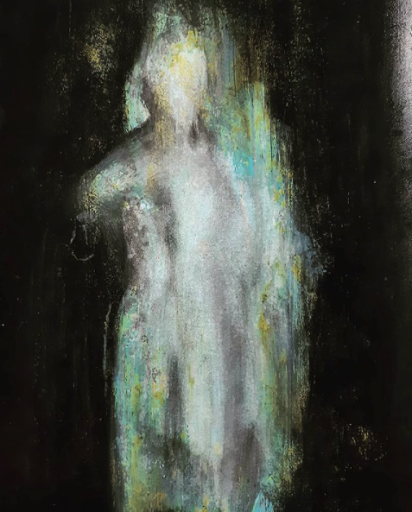 “Once we are honest about our feelings, we can invite ourselves to consider alternative modes of viewing our pain and can see that releasing our grip on anger and resentment can actually be an act of self-compassion.”― Sharon Salzberg, Real Love: The Art of Mindful Connection
A dear friend of mine is suffering from COVID19, but even worse, her father with whom she's had a falling out with, recently passed away from the same COVID that he gave to her.  She asked me recently,
"What am I supposed to do with this anger?"
"That's a difficult question to answer." I replied.  It differs for everyone.
Her father knowingly had the symptoms of COVID19, but continued to preach at his local church, giving this disease to the congregation, including his daughter.  Now she is understandably angry.  She continued to be angry at him until his sudden death.  Now there is no proper reconciliation, only the knowledge that she carries bitterness and resentfulness to his grave.
This I do know.  Her father loves her dearly.  She also loves her father.  He had foolishly done many selfish things in the past, yet people forgave him.  Maybe undeservedly, but as he continued to preach the forgiveness of Christ, he brought many people to forgive others and themselves for past transgressions.
I personally struggle with the concept of forgiveness.  I feel as though I can live a perfectly peaceful life knowing some people don't deserve forgiveness.  Even if they die, if they've never sought reconciliation...it's not my responsibility to forgive them.
Posted by Jesse Ahmann at 9:17 PM 3 comments:

Every Single Day we Exist, but is it Worth it?

We pretend to be excited
but everything is boring
Cautious laughter,
it can't be that adoring
Cute puppies, just atoms
Little children, delighted
The past flew by,
memories but phantoms
Come quickly sweet death,
There is no purpose
Take my last breath,
All my talent and charm,
Worthless

We can choose to look into our own self-worth and compare our happiness to others, our financial status with our friends, our attractiveness with others on Facebook.  We can get our endorphins through Instagram likes, Facebook comments, YouTube likes on our videos.  There's plenty of things to be sad about, we can watch the news and all seems hopeless, the world hasn't evolved yet.
All of this --- nobody cares.  Nobody cares how you feel.  Even those close to you want you to feel better, all so they don't have to put up with your shit.
"Don't be depressed"
they may say, only because you are dragging them down.
Is there hope?  Sure, if we imagine a life free from suffering and death.  That's the allure of heaven.
The life we live now, maybe in our hurting state is something we can enjoy moment by moment.  Every breath is a gift, an opportunity to make someone else smile.  Treasure time, give back to people, enjoy all you can.  That's the secret to happiness.

For those struggling with depression, suicide, anxiety and ptsd

Personally, I understand.  For the first time in my life, I experienced anxiety along with my depression.  I'm still working on it.  It causes crippling back pain, muscle soreness, and fatigue.  I would lay in bed in pain and if I could get the pain managed, I would sleep most of the day.
I wish there was a quick way to train our brain to shake this, but I haven't found one.  Sometimes all that gets me through is composing the next piece or practicing cello for the next project or gig coming up.
Recently, I've discovered many of my personal friends are struggling with something similar.   This struggle isn't easily admitted, but after seeing some concerning FaceBook posts and after private messages; the constant battle, the cycle of pain, anxiety, depression, suicidal thoughts is very real and struggled with every day.

Here's a story from one of my friends....